”Wish cards” are tools that connect the feelings of those who want to be helped with those who want to help. Sagamihara Dementia Supporters Network (Hereinafter referred to as “SAGA-SAPO”) is based on the slogan “mutual partners,” and it consists of people with dementia, their families, and dementia supporters who share their problems and joy with each other. 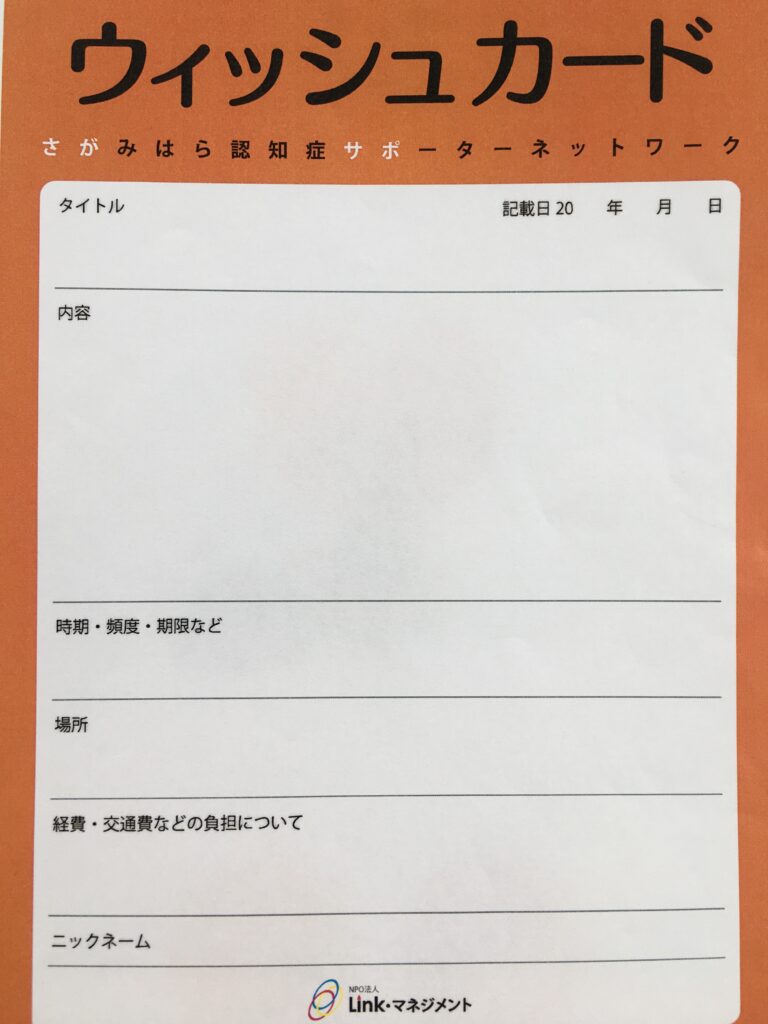 Mr. A, a person with early-onset dementia, is living in a group home; he was a shortstop in a non-professional baseball team. When he was diagnosed with dementia, the usual activity of baseball in his life became difficult to perform by the complication of understanding his surroundings, and the time spent with his friends decreased considerably. In such a situation, his wishes of being able to play again and the voice of his partner moved our hearts as dementia supporters and inspired the government. 23 members gathered on the ground with him, supplying the equipment and space to play baseball with Mr. A. 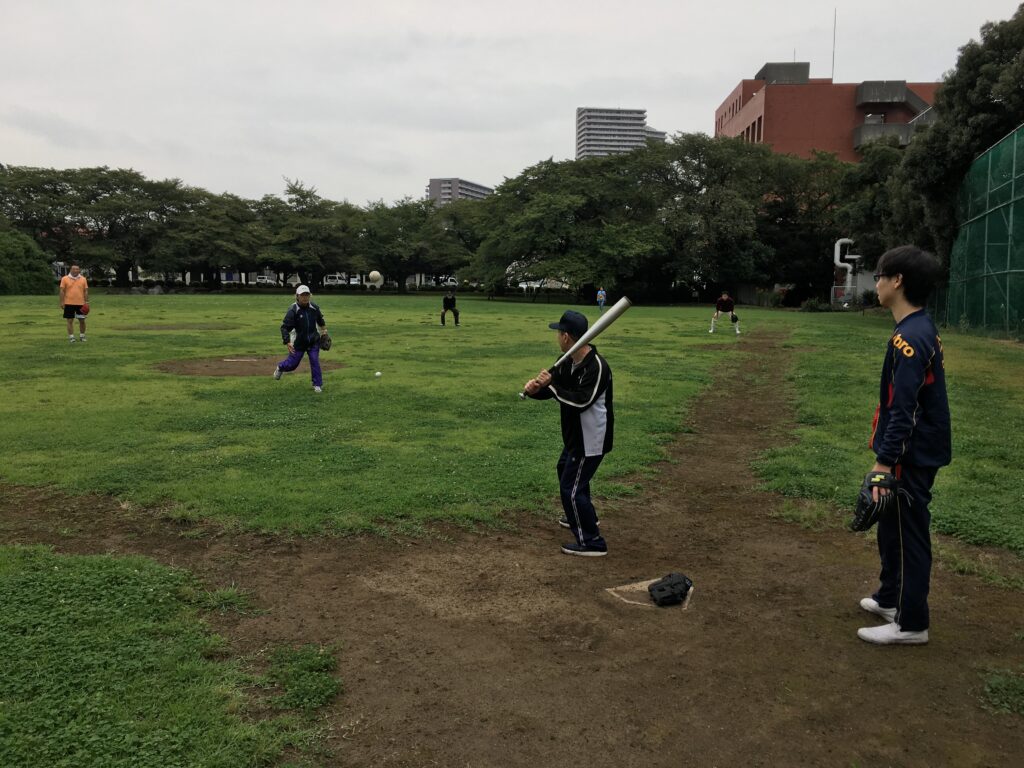 It is said that the role of dementia supporters is to watch over people with dementia and their families and help them as much as they can. By being with people who understand those with dementia, Mr. A. could share his joy of running on the ground. The origin of the “wish card” is the possibility of change to a mentality of “I can do it” by sympathizing and connecting with friends even when having dementia.

The mechanism of the “wish cards”

Having problems in daily life is not exclusive for people with dementia. I think when anyone has a problem, it is difficult for that person to say it aloud because the thought of not wanting to bother others comes first. Even if it’s family or friends, the feeling is the same. Also, the reality is that many don’t help unless when they see someone in trouble in the city unless they specifically are asked to do it. The “wish cards” aid in this, and are the visualization of SAGA-SAPO partners’ (registered members) feelings.

The wish cards can be posted on the website or submitted to the executive office on paper or by phone. Some of the posted messages so far are, “can someone go with me for a walk?” “I would like to go to Karaoke,” and “can someone help me with the harvesting work?” etcetera, and there are listed problems that people want to challenge with others. img3.jpg The posted messages are delivered to the registered members through the website or email, and the office will receive a reply from the partner who would like to fulfill that “wish.” After that, someone from the executive office or a caregiver (a member of the administration/planning activities of SAGA-SAPO) acts as a third party coordinating the processes and decisions (corroborate costs, volunteer insurance, etcetera) until the realization of the activity. When the “wish” is fulfilled, the person who posted it sends a thank-you message, but in some cases, the relationship between them will deepen and become frequent or develop into team activities. In this way, a “wish” creates a connection between people, and to be able to externalize own’s problems, even a little, may lead to a city where everyone can live at ease even when they have dementia. 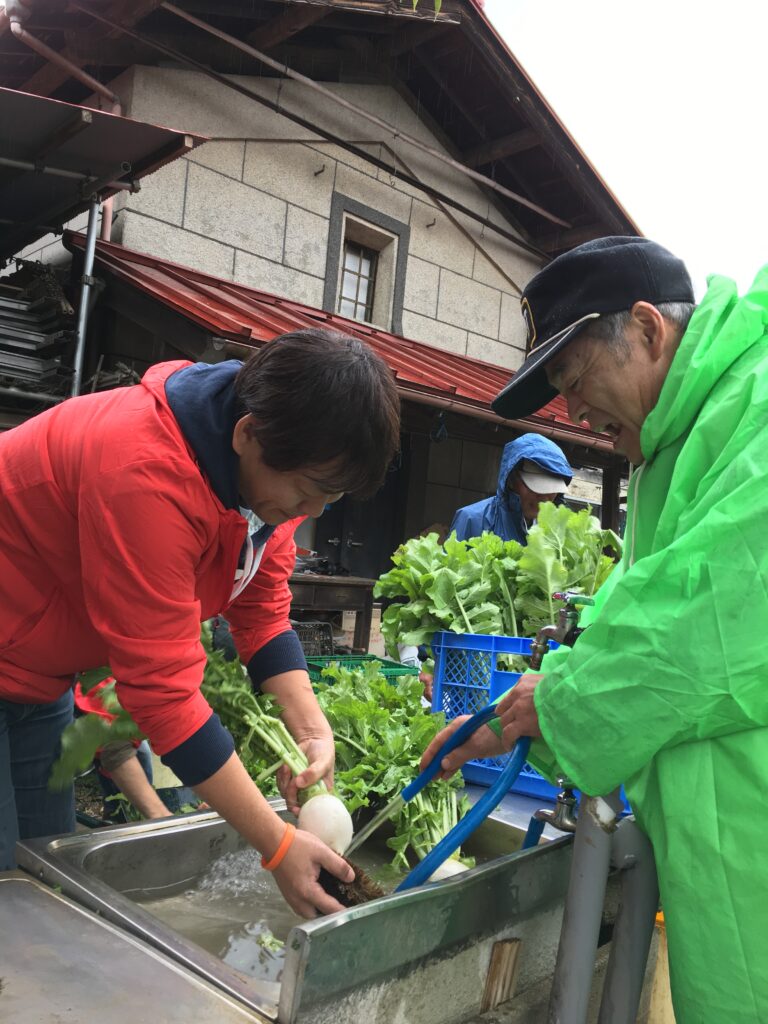 A relationship of helping, and being helped

In January of 2019, Mr. B and six other partners went skiing in the National Sports Festival. B’s family, who polishes the ski set neatly, posted a “wish card” saying, “Would you like to ski together?” then, partners with experience in skiing and snowboarding and their children participated together. It was not easy figuring out how to use the tickets and not easy to find the bathrooms because it was the first time in the ski area, but when Mr. B stood on the top of the slope, took a deep breath, and slid, his gallant figure going down the slope was impressive. Also, children taught him kindly tricks and tips to improve skiing, and we could see a situation where it doesn’t matter if they have dementia or not; they can help and be helped. It was an event that made us feel a “mutual partnership” where they could say thank you to each other, going beyond age and generations. 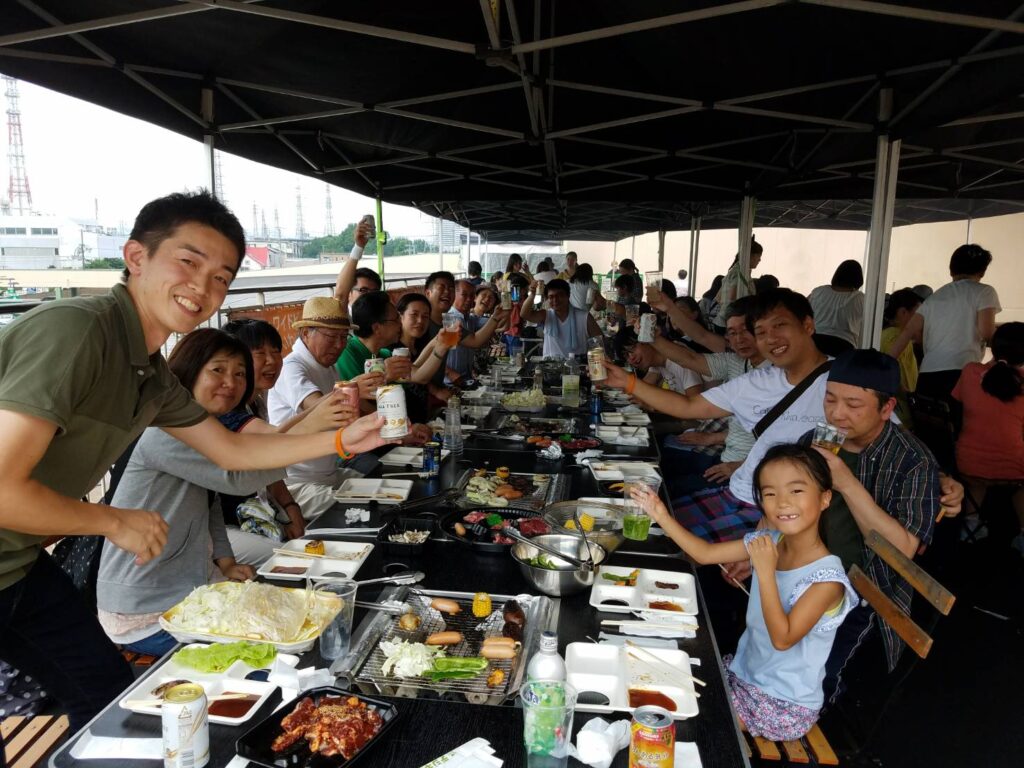 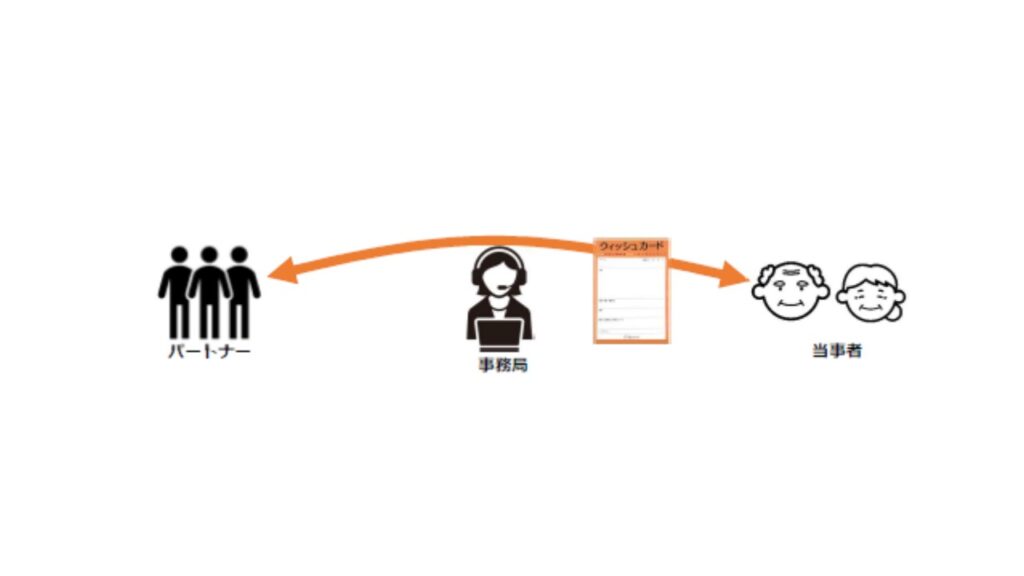 It has been four years since the “wish cards” started; so far, about 50 “wishes” have been realized. In that time, there is a process we have been working on where citizens, Caravan Mate, NPO organizations, and the government have united in building a network of caravan mates, collaborating with the government, training many dementia supporters, and creating a mechanism to support activities. We think it is important to share the issues and the strong resources of the community, and to shape the “I wish I could, it would be great if…” wishes according to each region. 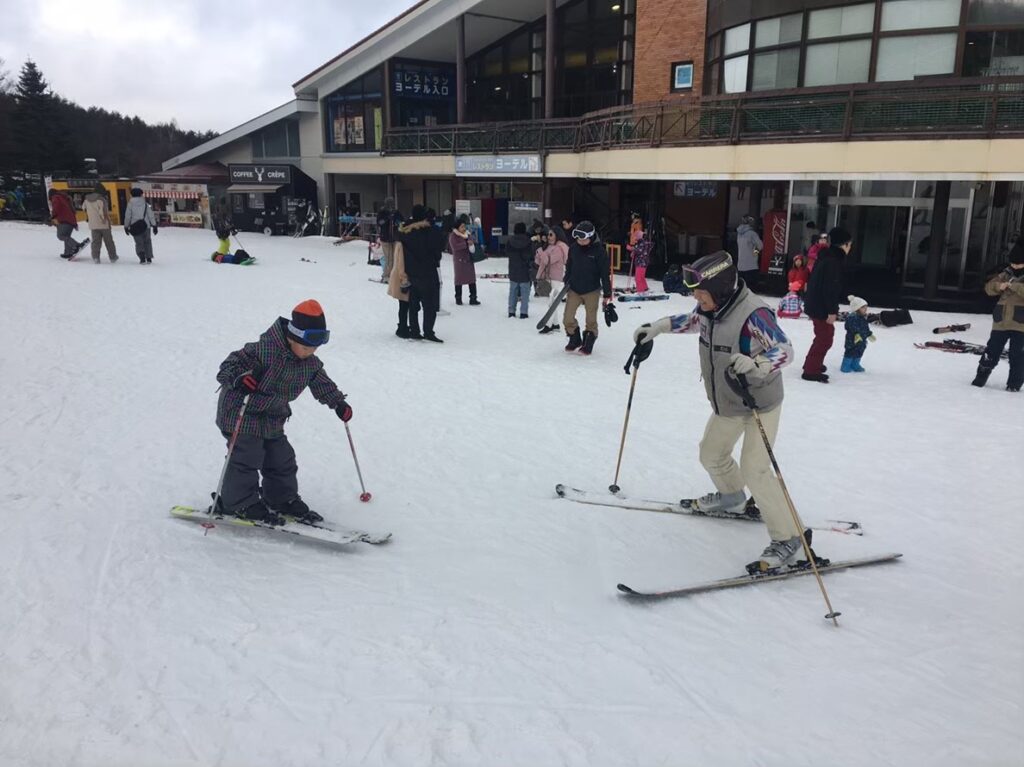