Making a film about people living with dementia

Films of people living with dementia

Currently, as a freelance film director, I create interview series and documentaries for people living with dementia and I publish them on websites and events related to dementia. 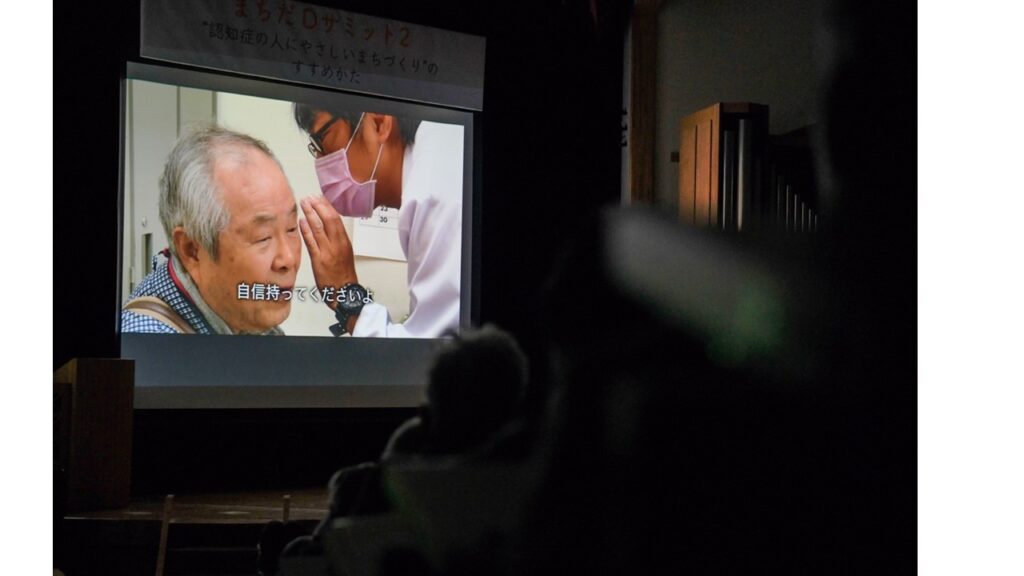 So far, I have worked on the following projects 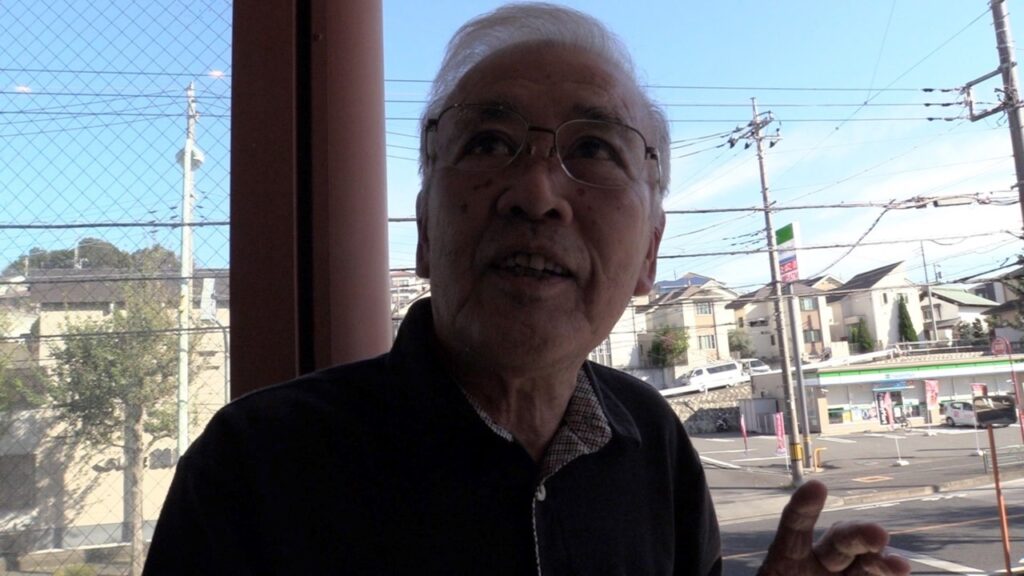 A man with dementia responding to an interview.

The reason why I wanted to convey their true voice

After graduating from university, I entered NHK in 2002, and I have been working as a TV program director. I have been producing documentaries, but I was mostly involved in medical and welfare TV programs for a very long time in my career. I worked to convey the voice of those who have been ignored and find it difficult to live in this society. I met many people with dementia and had the opportunity to film them.
In 2015, a letter from a person I met during my work with the TV program “What we want to convey. Messages from people with dementia” became a big turning point for me. Right after I started recruiting “voices of people with dementia,” I received a letter. It was from a person named Kazumichi Sonekatsu from Osaka City. I was surprisingly shocked by one sentence in the text. It was written, “Is it wrong to have Alzheimer’s?” 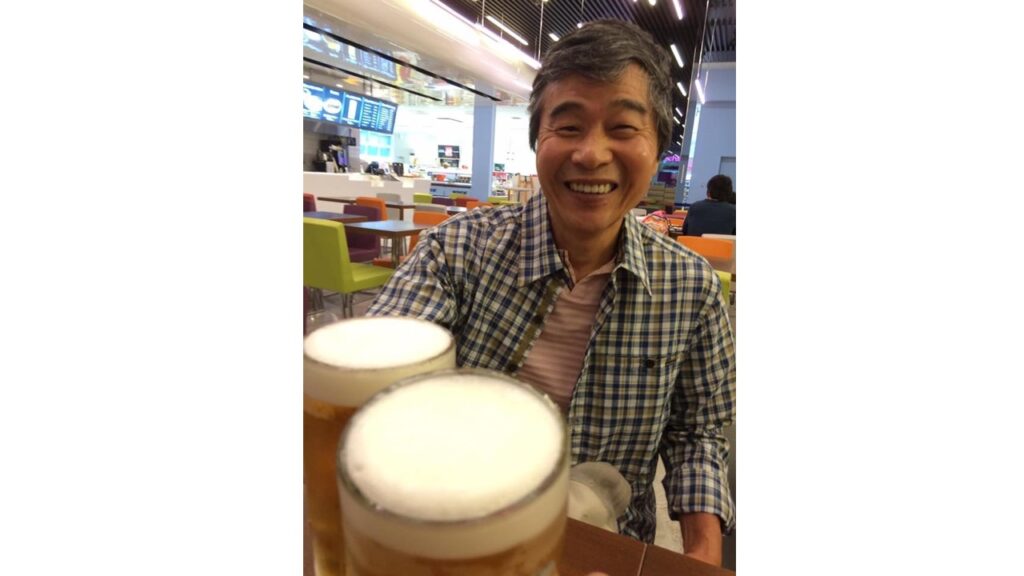 Kazumichi Sonekatsu, the person who gave me the letter in the TV program. He was diagnosed with dementia at 59 years old.

What in the world would make someone who has had possibly the toughest experience from receiving an Alzheimer’s diagnosis write something like that? I remember being embarrassed by that feeling.
Kazumichi Sonekatsu also wrote: “I realized I had prejudices against dementia.” “I felt that I was grouped by the name of the disease, and I had become a hindrance to the world. It is not Alzheimer’s, the disease itself, that is hurting the people diagnosed with dementia, but the “social eyes and glances (prejudices).”
I wanted to do activities to help change this society. Three years later, I retired from NHK and took part in the establishment of “100 BLG Co. Ltd.,” which provides people with dementia with new living options through “Hataraku,” and at the same time, I started creating films as a film director.

Why convey it through film?

While participating in various activities related to dementia, I have continued recording people living with dementia as my life’s work.
I think the meaning of recording it on film is to realize our own prejudices by looking at the person in front of us and see what is happening through the camera’s viewfinder. When we see a person with dementia, we may think, “he must be forgetting something,” “that should be very inconvenient.” We expect this and look for the typical “dementia behavior.” At that moment, you may suddenly realize through looking in the viewfinder that this is a “prejudice” inside you. You notice that he is not a “person with dementia,” he is a human being. And you must listen to the authentic voice of the person in front of you. And then, the voice of the person with dementia may make you feel lively and vibrant. It is a series of discoveries. 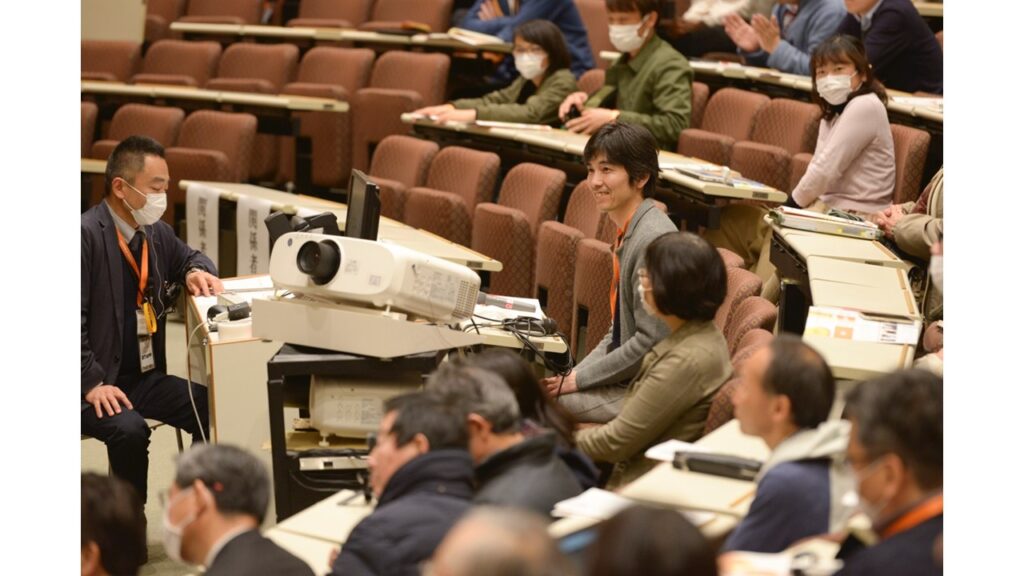 The author, after the screening of the films.

The words of those I have met

I would like you to listen to the words of the people I have met, here I have written them down.

We can also imagine and enjoy

This was said when I visited and interviewed Katsushi Oshiro, who lives in Okinawa. Since he was diagnosed with Alzheimer’s disease at the age of 39, he wrote down his daily events in detail. I asked him, “why do you keep a record on your diary?” Naturally, I asked him if it wasn’t inconvenient to have a vague memory because of dementia, and the record was to compensate for that. However, his answer surprised me.

It is not about memories, It is about “imagination and joy.”

I cannot remember my documented actions. Then, it is fun to imagine what I must have thought at that moment, how people around me must have reacted. Mr. Oshiro seemed to be enjoying the vague memories, rather than forcing himself to remember things he had forgotten. I felt the warmth of turning the disadvantage into fun. 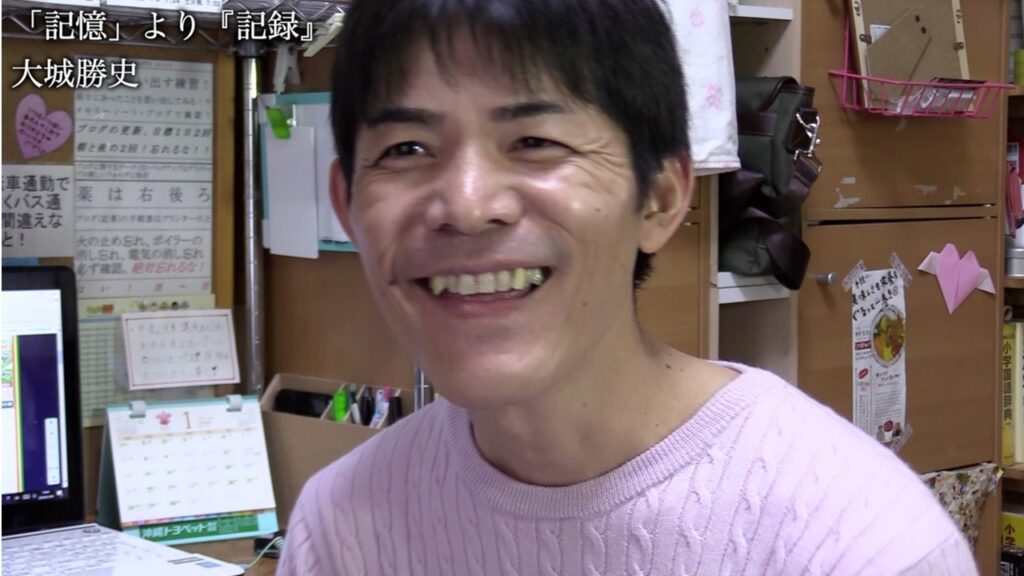 Katsushi Oshiro responding to the interview.

From 2018 to 2019, I recorded different ways of living of many people living with dementia in Machida City. I unified it into a 30-minute length work and screened it at Machida D Summit. The numerous words spoken by the people I met during these interviews were awe-inspiring.

Even though I have dementia, there is nothing to be ashamed of.
It’s very comfortable to have a place where you can be yourself.
Because I have dementia, I should not commiserate myself, but make an effort.
There is no choice but to spread the information about dementia. At the end, when people hear these words, they wouldn’t be so surprised.
There is no guaranteed future, have fun now when you can, you have friends.

Living with dementia is, without a doubt, to live in the present. People are living beings who think about the past and future, but this evokes negative emotions like regret and uncertainty. Dementia reminds us that living is being in the present.
Encouraged by the words spoken in front of the camera, it makes me feel that I am living in the now.

Profile of the author or affiliated organization

CCO (Chief Communications Officer) of 100 BLG Co. Ltd., a company that offers opportunities for a new life to people with dementia through “Hataraku.” Representative of Legacy Pictures. Director of NPO Dementia Lab. Director of NHK Welfare TV program until 2019.