Towards a dementia-friendly society full of “sources of security”

1. What is Dementia Friendship Club?

Dementia Friendship Club is an organization founded in Sapporo in 2017, emulating the activities of the Clive Project held in Oxford, England. In that time in Japan, people living with dementia gave a strong impression of patients needing a lot of care and services. In this way, the activities of Oxford that I saw helped people with dementia to freely enjoy what they wanted to do, and it was a big opportunity that made me think about the relationship between us and those living with dementia. This is because I have always felt that the relationship between patients/users and service providers in care services such as hospitals and facilities tends to be closed to the power relationship of those who are supposed to be the supporters. The group name, friendship, is also a manifestation of the desire to promote the city’s development and people living with dementia based on equal relationships that are not closed to power relationships or interests. The Dementia Friendship Club was established as an organization that helps people living with dementia see each other as friends, walking on the same path together.
The current Friendship Club seeks activity locations to continue the city’s development, aiming for a dementia-friendly society in each region of Japan and forming nationwide cooperation in a program called the DFC network. And then, we are standing as a cheering group for activities that aim for a dementia-friendly society, assisting the network toward the city’s development while cooperating and supporting each other. At the core of our activities, there are usually people living with dementia who speak about their thoughts and desires. They continue interacting in society as close friends.

2. The society we aim to create

The society we live in is full of many dangerous situations, for example, accidents, diseases, natural disasters, etcetera. However, even if we could remove all those dangers one by one, unfortunately, it is impossible to create a place to live without worries. Then, what do we need? Not only to eliminate the hazards, but it is also necessary to create a lot of “sources of security.” What are those “sources of security” inside a community? For instance, priority seats and platform screen doors we see at train stations, the Braille blocks, and the sounds of pedestrian crossings in the city are examples of “sources of security.” In other words, a “source of security” is the function, design, thoughts, and ways of thinking that are rooted in the local community and in each person living there who tries to be closer to others’ lives and activities. At the Dementia Friendship Club, we aim to connect locations that continue activities to increase “sources of security” ingrained in each region and create a dementia-friendly society full of such “sources of security” throughout Japan.

One of the activities we use to increase the “sources of security” all over Japan is RUN TOMO. In simple terms, RUN TOMO is an event where people with dementia, their families, supporters, and ordinary people take turns completing activites to reach a goal. However, the most important part of this is meeting people responsible for the community development, like local residents, local businesses, children, mothers, people living with dementia, medical welfare personnel, etcetera, who live in the same community but do not have contact with each other. It begins by handing the baton to the next runner, and it becomes a tool to start thinking about dementia-friendly areas. Also, we can say it is a mechanism that accommodates the next action and the personal changes of each person by realizing all the encounters they have. For example, when a person from the community meets another person with dementia and they realize they share the same experience, it creates the opportunity to see dementia as a personal matter. This personal matter doesn’t mean that people realize everyone can have dementia, but to realize that each of us takes part in this society where there are problems regarding dementia. That being so, the changes lead to creating “sources of security” in the community. 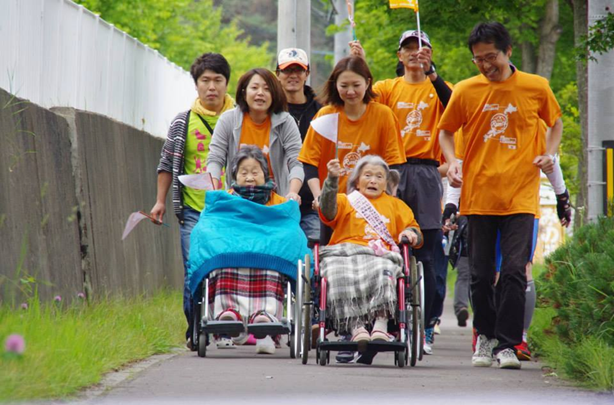 Related image 1 – People with dementia and friends in a relay race, running in wheelchairs.

RUN TOMO started in 2011, and has become an event that passes the baton across all of Japan, even crossing the sea to reach Taiwan. The Dementia Friendship Club supports the spreading of more dementia-friendly events and communities across the country, preparing for more “sources of security” by implementing RUN TOMO events according to each community’s vision, aiming to create ample dementia-friendly places. 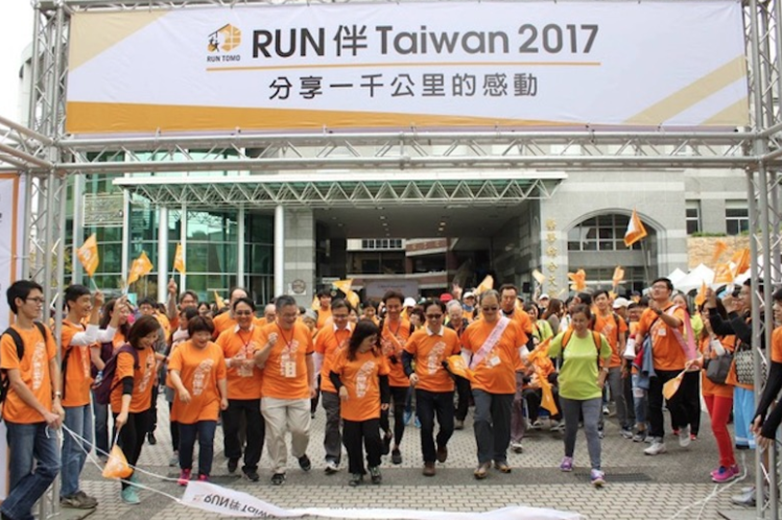 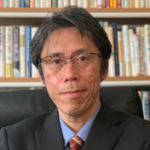 Logo of the organization 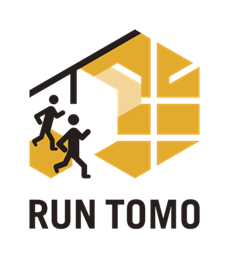 See other articles from 井出訓→